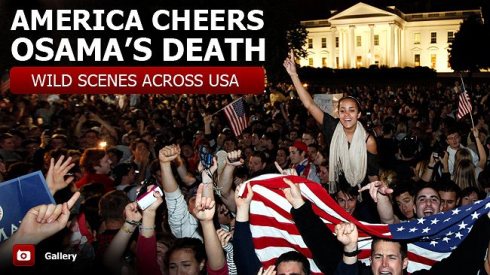 Hey guys, I know it has been awhile since I last left a post. Well this one is about the recent events of the death of Osama Bin Laden. As with all of my post, it is directed at the believers and how to live with the Love of Christ.

As Everyone knows, reports about Osama Bin Laden’s death has been announced months before 2012’s election race. This is a result of war which is part of this life on this terrible earth as a result of sin. That’s not the focus of this article though. The problem is the response from the believers I have witnessed. I see rejoicing and in some cases the praising of God about this event. Are Christians (LOVE) suppose to rejoice in a mans death who did not come to know the love of Christ? Now I have heard so many excuses as to why this is OK and acceptable. In many cases I have seen people using certain scriptures to convey their feelings. At the same token I have seen people use scriptures in opposition with those to convey their feelings as to why it is not OK. Without clear understanding of God’s word both sides could be bias because we HUMANS always look for scriptures that convey what we already feel. It goes back to the heart … (Jeremiah 17:9 “The human heart is the most deceitful of all things, and desperately wicked. Who really knows how bad it is?)

First I will talk about the main scripture I see people posting on their facebook. Which is “When the righteous prosper, the city rejoices. When the wicked perish, there are shouts of joy.” -Proverb 11:10 There are way to many things I can point out about this scripture being used for this situation context and such but that would take too long. The main thing is… if you use that scripture you are implying that the U.S. is righteous which we should know by now that the WORLD’S powers are far from righteous. So that scripture doesn’t even stand a chance to be accurate for times such as now.

Look, yes God allows who He wishes to live and die but that does not mean we should allow our human nature to direct our actions and words. To be honest if you do your studying you find out that early Christians were not concerned about worldly affairs such as wars and such. They just focused on the love of Christ and continued to live in that love. I mean if Paul was killed before he became a believer would they have rejoiced about his death like many of us rejoice about Bin Laden’s death? 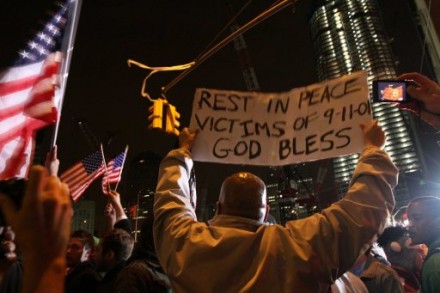 When i first heard about the death of Bin Laden I too was moved to rejoice but then i realized this man didn’t even know Christ… not only that me rejoicing in his death is the same judgement as those who Jesus rebuked about judging… to rejoice in another humans death is saying they deserved death which is a judgement im not willing to entertain. It’s another war inside me as we humans will have many times over . So that being realized I had to look into the word of God to see what God’s heart about the death of the non-believer is.

I could use  “Do not rejoice when your enemy falls, And do not let your heart be glad when he stumbles; Lest the Lord see it, and it displease Him,  And He turn away His wrath from him” (Prov 24:17-18) but many of you then attempt to negate that scripture with another proverb that seems to be opposite. Instead of seeing how they work together … we of course just post scriptures to go against another scripture… we talked about this before and this is not how we are supposed to use the word of God. So let’s go directly to God’s heart. ‎”Do I have any pleasure at all that the wicked should die?” says the Lord God, “ and not that he should turn from his ways and live? For I have no pleasure in the death of one who dies,” says the Lord God” (Ezk 18:23 & 32). Look at that right there. That is God talking himself … saying he has NO pleasure when a non-believer dies. Even when he has to do it guys, God does not rejoice in the death of the wicked…. If God’s heart is not to rejoice then neither should ours. We should not be acting as the world when our nations enemies die, we should continue to love and teach the gospel. We must not be OF the world. Do not conform any longer to the pattern of this world, but be transformed by the renewing of your mind. Then you will be able to test and approve what God’s will is–his good, pleasing and perfect will. Romans 12:2

Understand that im not supporting anyone for mourning for his death… but im not supporting rejoicing in his death as well. I’m saying continue to love and share the gospel… don’t be caught up in these type of things. shoot I don’t even watch the news… I wouldn’t even know if I didn’t come on fb. Please be careful with your words and actions guys because you don’t want to find yourself under the same judgement as those pharisees Jesus rebuked. Although you are not casting those stones, your heart can be guilty of the same thing as theirs. Please continue to pray that God develops our hearts in HIS full love.